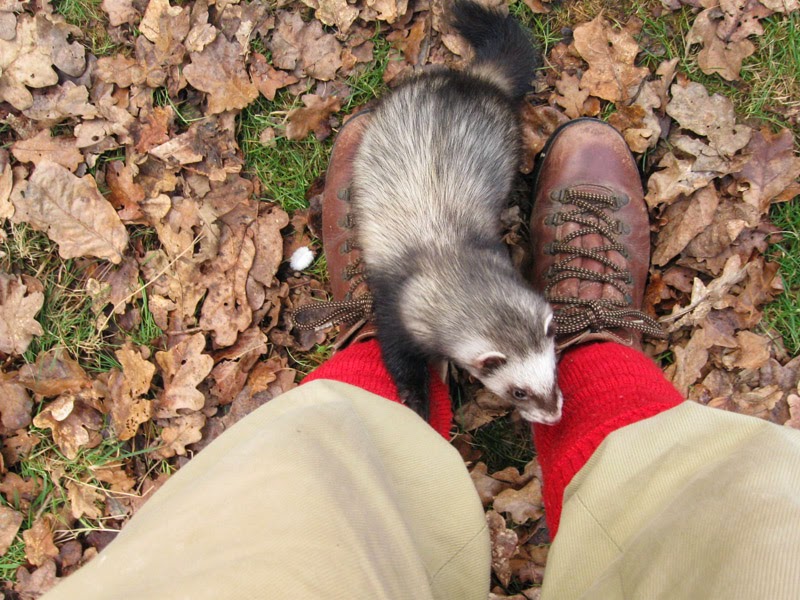 I featured a different shot of this young lady that we encountered at a local nature reserve a couple of years ago in a recent postlet. The place is a dog walker's paradise and it took me a moment to work out that the breed of dog on the lead was not one that I recognised because it was a ferret instead! I've always been a ferret fan, but having enjoyed her antics that day I was immediately smitten. She was very taken with Mr GBT's red socks!

Ferrets are bright, sparky creatures who enjoy company. They are part of the same family as mink but have been domesticated for the last two thousand years. The name is derived from the latin "furonem" meaning thief and apparently they are renown for stealing and hiding things whenever the opportunity arises!

As pets ferrets can be house trained to use a litter tray. They are fussy eaters and unafraid of humans. They sleep 18 hours a day and can be picked up without waking them...erm this is sounding more and more like Psychocat...perhaps she is part ferret!

An unspayed female is called a jill and an unneutered male a hob. Those who've had their little ops are called sprites [girls] and gibs [boys]. A group is called a business of ferrets.

Besides being pets ferrets can be used as working animals. I knew that they are used to flush out rabbits but apparently with the right enticement [meat- they are carnivorous] they can be persuaded to run cables and wires through pipes. They were used for just this purpose at Buckingham Palace in 1981 prior to the royal wedding. 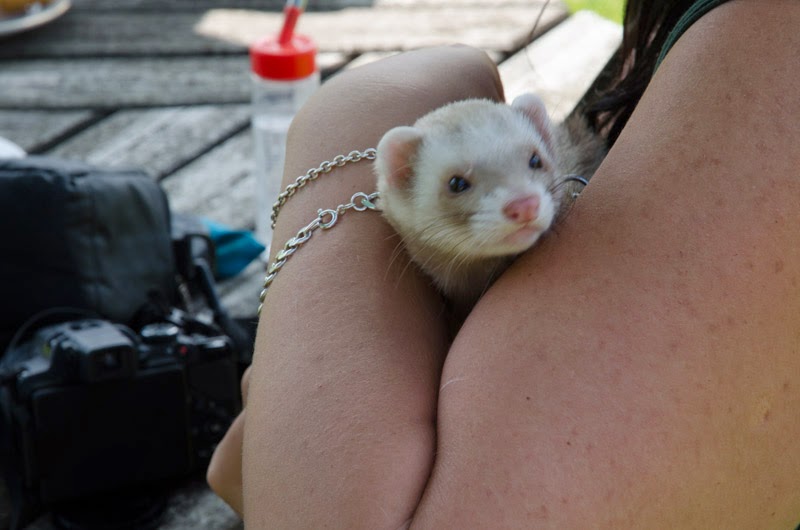 This little chap charmed me when I was at Michelham Priory dancing at the weekend. His name is Loki and he's a rescue case. He's tiny but he's three. His previous "owner" [I use the term loosely] kept him in a guinea pig cage and only fed him apples which has not only given him liver damage but has also stunted his growth. I am pleased to say he's now found his forever home. He's been trained not to bite and his owner kindly let me take some photos and give him a stroke. 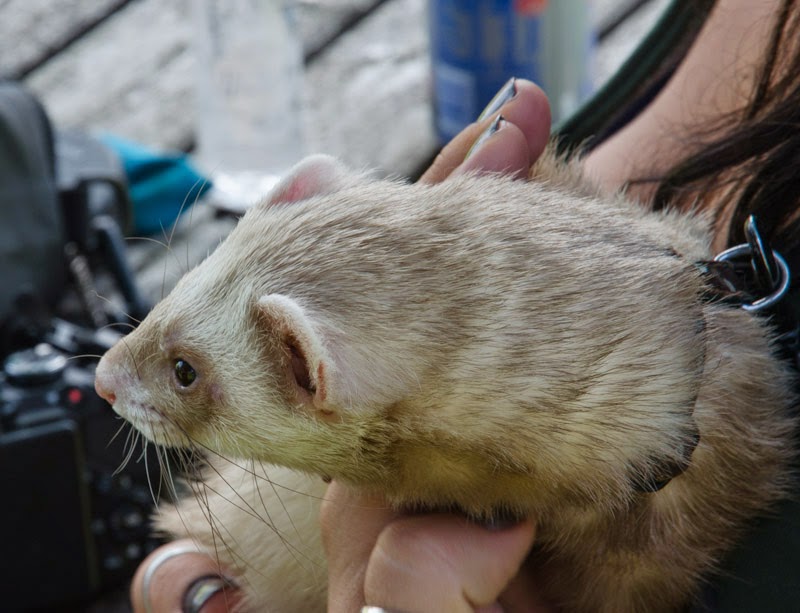