Chortle chortle...I expect one might get an interesting set of hits if one was to type "hot lips" into Google. One unlikely hit I expect would be one of these... 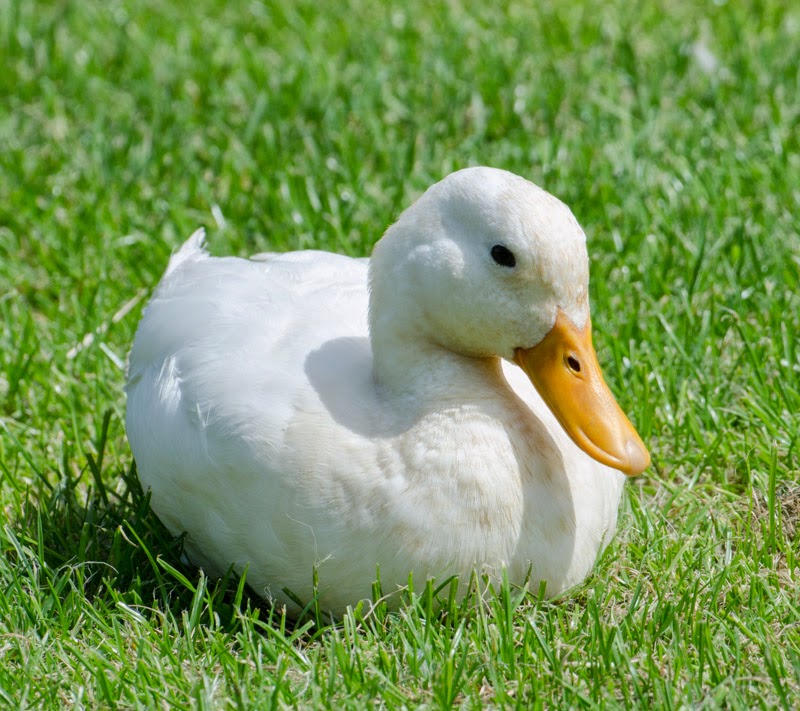 The dear chum L, with whom I went to Brighton recently, told me this tale and she has kindly given me permission to retell it here.

Many years ago she lived on a boat moored next to one of the islands near Hampton Court. At that time you were not allowed pets such as cats and dogs on the island so she visited a farm which bred Aylesbury ducks and came home with a cute fluffy duckling that she named Hot Lips. She raised him to adult hood and despite the island only taking ten minutes to walk around they used to play hide and seek. On one occasion fireworks were being let off and she fretted as to how he would cope only to look down and find that he had fallen asleep on her foot!

All was going swimmingly until she headed off to sunnier climes for a short break so her parents came aboard to look after the little chappie. At this point in time he was fully grown and able to move between the island and the boat unaided. However, being imprinted he depended upon humans for his food, but after a couple of weeks of being woken up at 4am by an impatient little duck tapping on the window for his breakfast L's father became somewhat annoyed and put down on the river next to the boat. Unfortunately this time he did not return....

L upon her return and knowing that Hot Lips held no fear of anything thought that perhaps he had been predated by a fox, but she continued further up the Thames to see if she could discover his fate. In due course she tracked down a chap who looked after the boats and had found him with an angler's hook embedded in his beak. He had removed it and had been caring for him. Hot Lips had soon integrated himself with the other ducks in the vicinity and there he lived out his days. In time L left the boat and moved onto pastures new but she continued to work nearby. As a footnote she said the look on people's faces when she returned and shouted "Hot Lips" only for this Aylesbury duck to appear and hurtle towards her was a sight to behold!

PS The photo is another one of the new duck that has joined our local pond that Mr GBT photographed last week.
at June 10, 2014