Knepp Castle is in West Sussex and is owned by Charlie Burrell. The property has been in his family for 500 years. There has been a castle on this site for nearly a thousand years and the remains of the original one can be glimpsed from the main road. In former times the estate was a combination of arable and dairy farming but since 2001 the family have adopted a rewilding programme and allowed the land to follow its natural path through the seasons so that biodiversity can thrive. Surveys have revealed flocks of skylarks, goldfinches and even stonechats have moved in along with scarce beetles and bees.

The current castle was built in the 19th century and the lake in front dates from the 16th century when it was built to power an iron foundry. 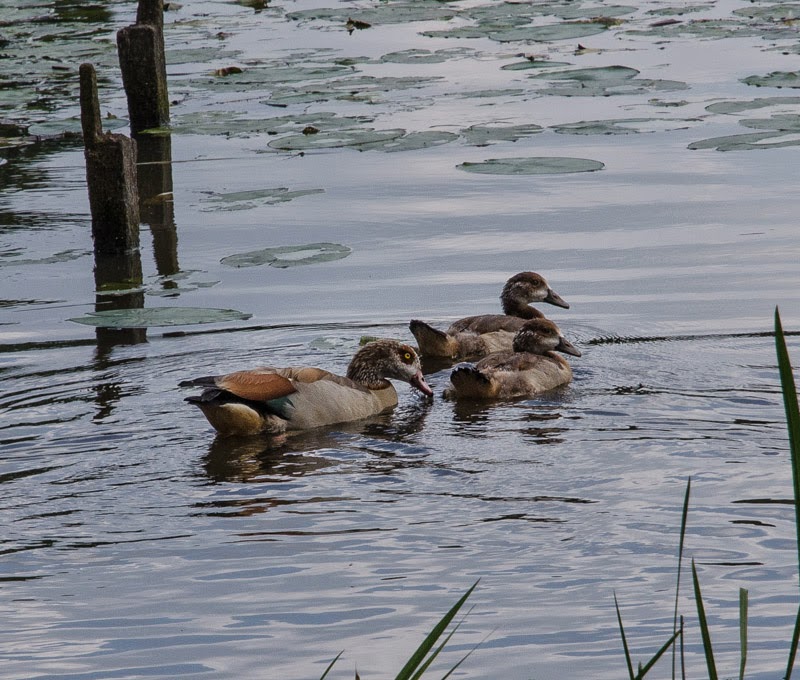 The Floral Fringe is held to raise both fund and awareness of the rewilding project. It supports several local craftsmen and artisan food producers. There a lot of glamping and vintage type goodies for sale!

I loved the jolly bunting made from cake cases. 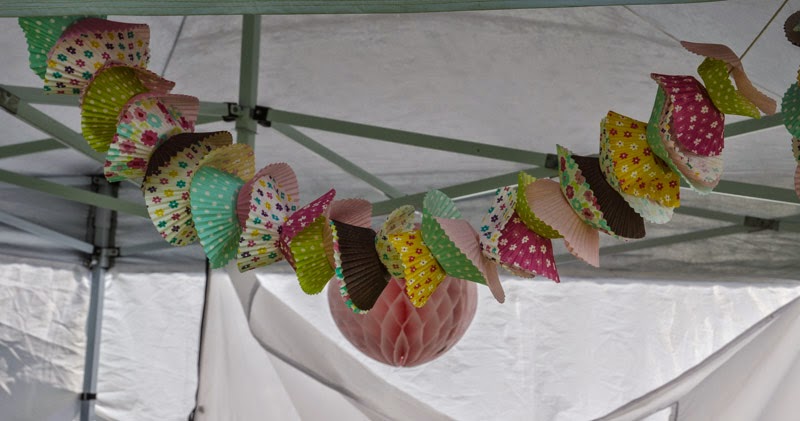 Whereas these "garden ornaments" were decidedly creepy! 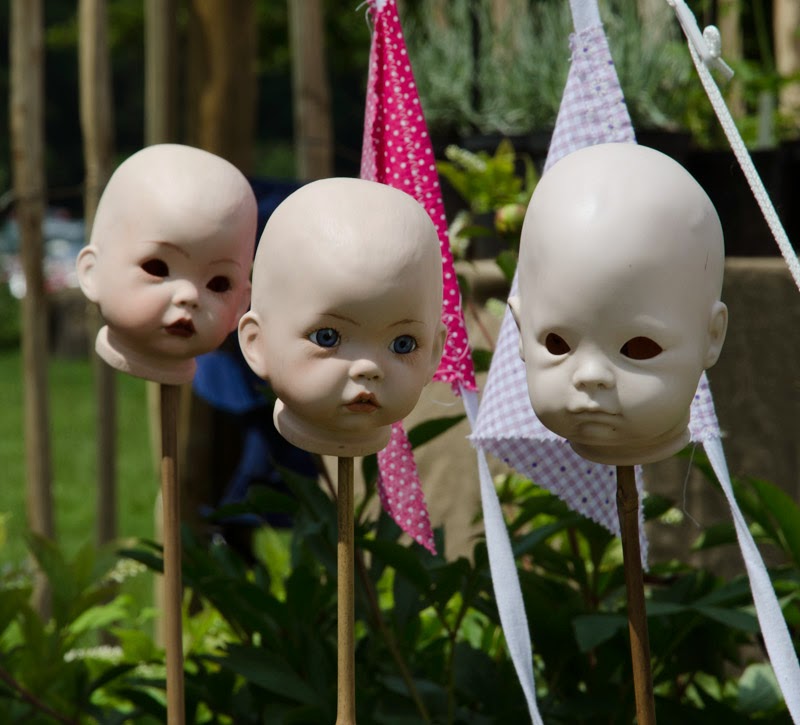 Mythago were there dancing and performing The Greenman Story which tells of his birth in the Spring, death in the Winter and rebirth the following season. 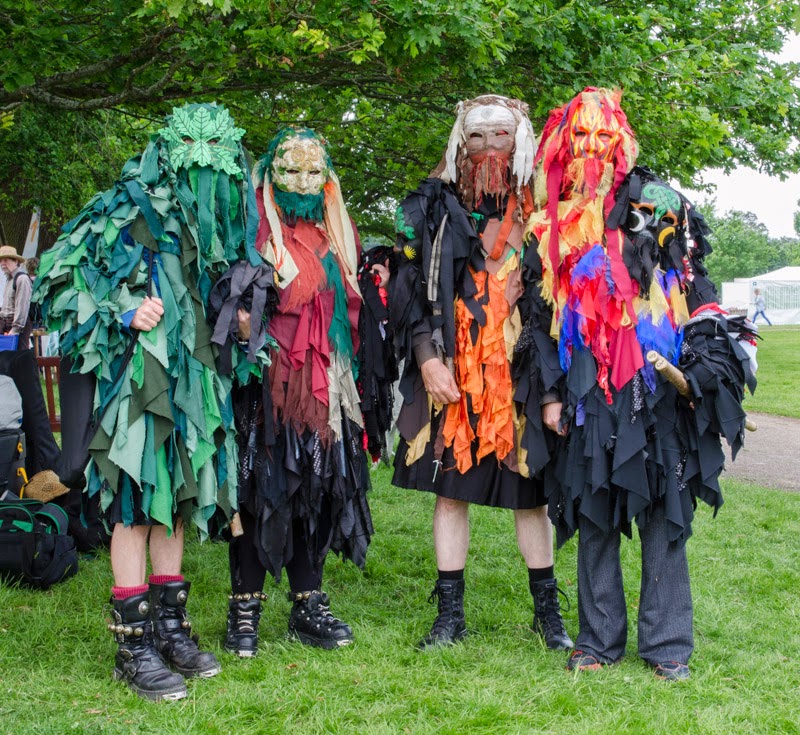 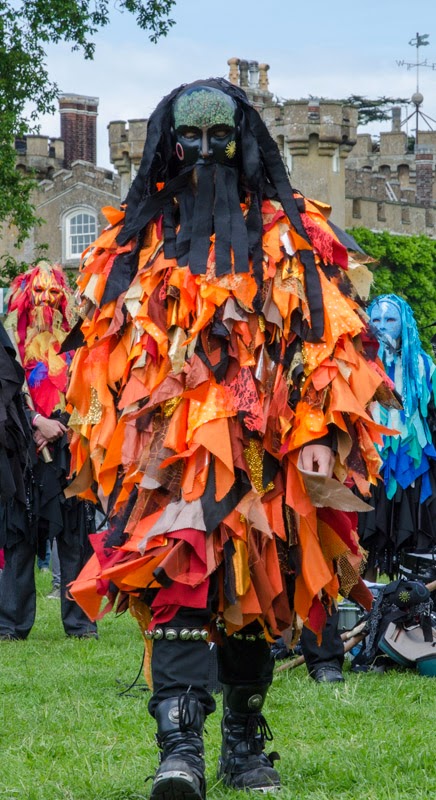 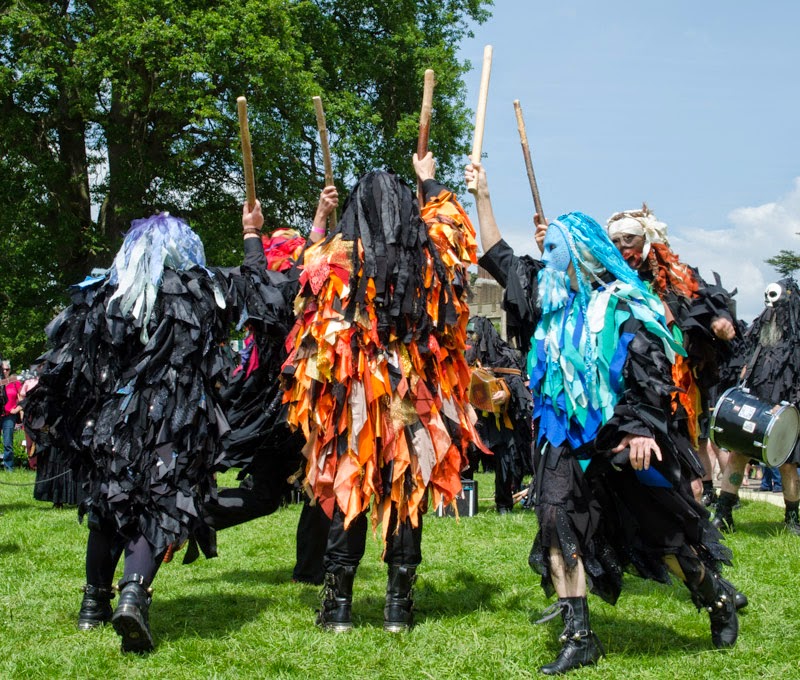 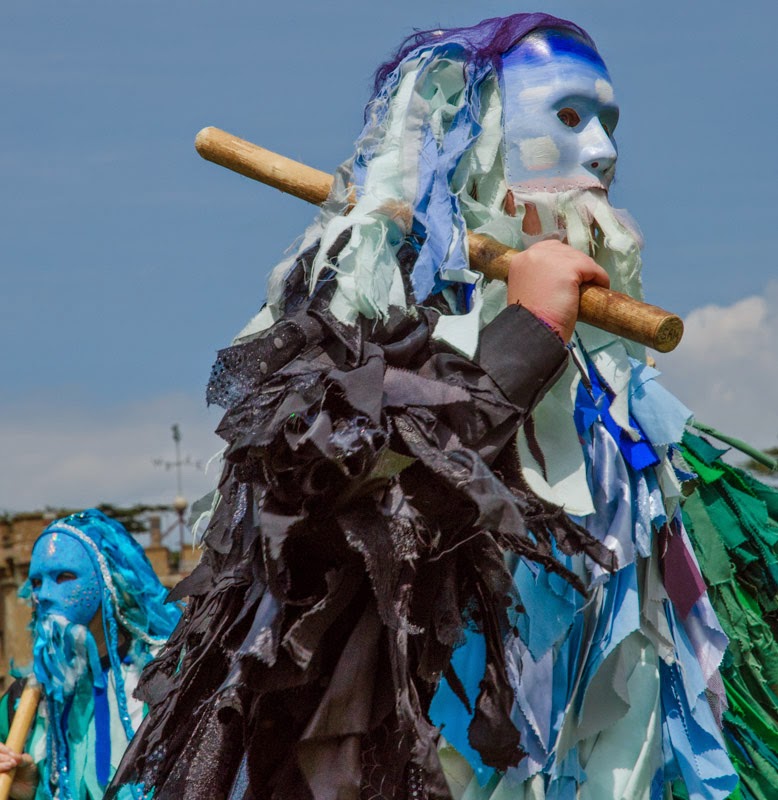