A Totter Around Michelham Priory Inside.....

It'll come as no great surprise to anyone who drops by from time to time that I've been out scaring the natives with all my shouting and stick waving recently. This time I got across the moat at Michelham Priory unscathed.

This Augustinian priory was set up in 1229 and as my Dad wryly remarked, these religious houses were never built in an ugly setting.This proved to be no exception. 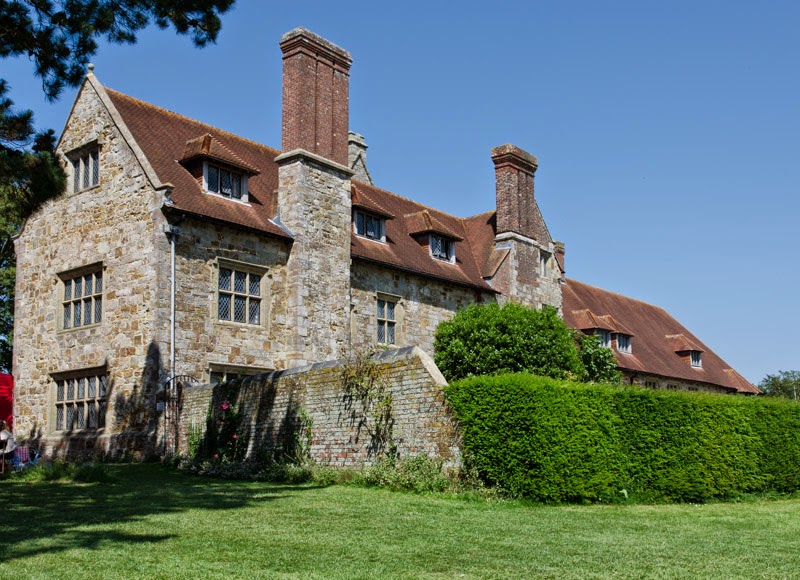 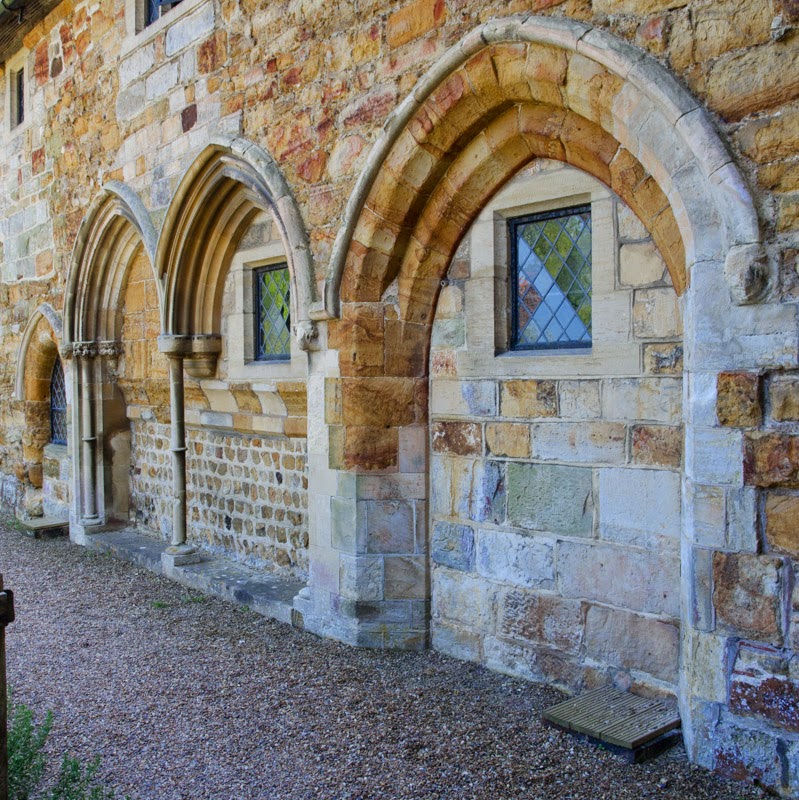 It was dissolved in 1537 and then spent most of the following years as a farm firstly owned by the Sackville family who rented it out and then by James Gwynne in 1896. It housed evacuees during the war and was used as a base for the Canadian troops preparing for the Dieppe raid during the winter of 1941-1942. Eventually it was given to the Sussex Archaeological Trust in 1959.

Just a few snaps to give you a taster. It's worth going when they're holding one of their events to make it a fuller trip and get better value for your precious pennies.

This is the medieval banquet - it must have been a real feast for the eyes as well as all the delicious aromas. 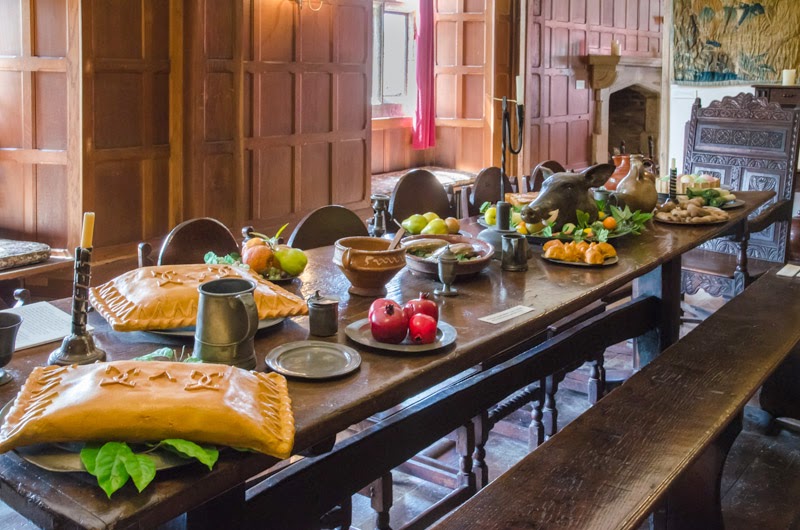 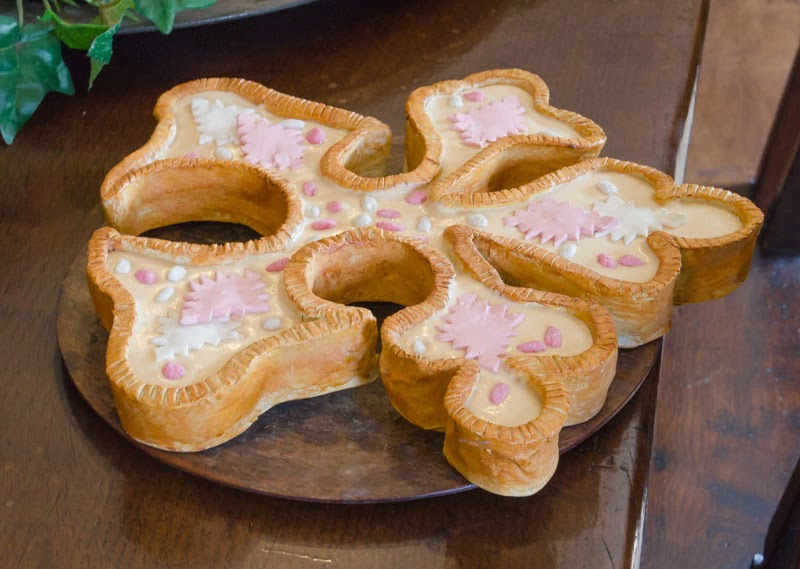 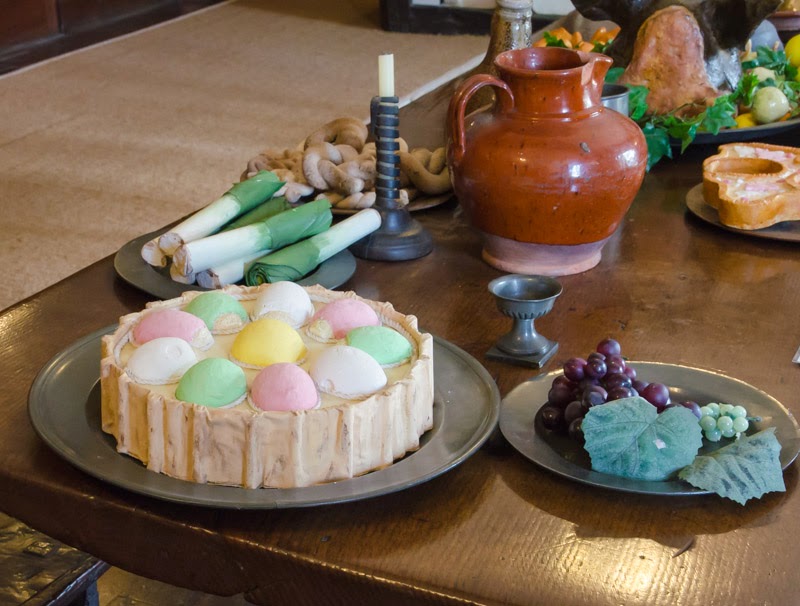 Some examples of the beautiful oak furniture on display. 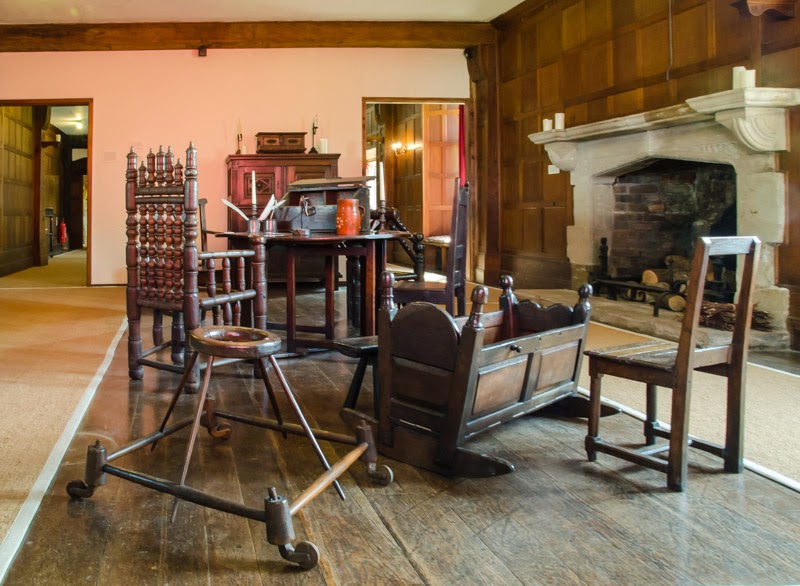 The piece seen in the foreground is a goggin or a baby walker. It's 17th century. They didn't really become common place until the Victorian era 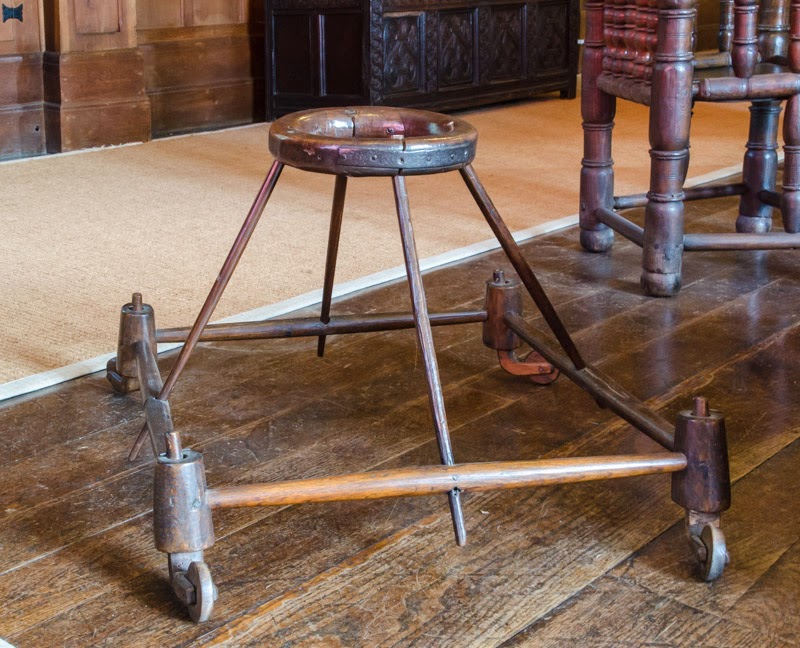 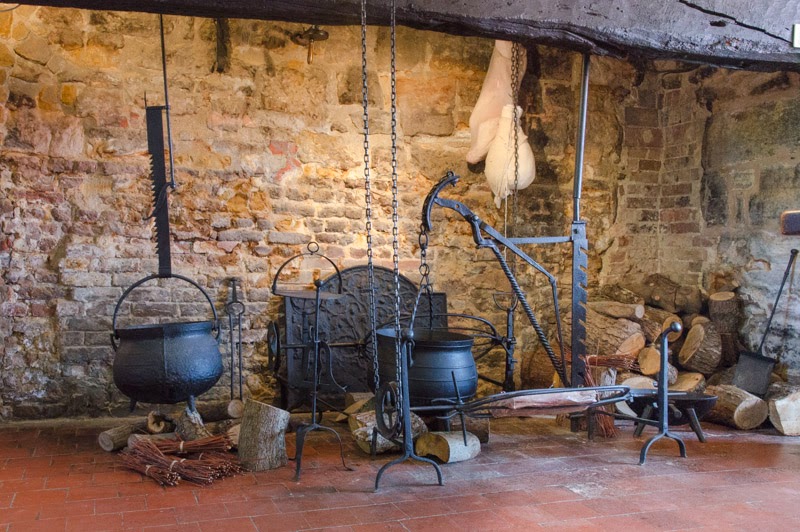 This is the Prior's room and is reputedly haunted. There are several tapestries on the walls one of which features a five fingered hand ooh-er. The info about it said that it might be meant to represent witchcraft, the evil eye or avarice or the more mundane explanation could be that the weaver simply made a faux pas. Anyway as I aim to please and the quirky always attracts my evil eye naturally I now have the photographic evidence! 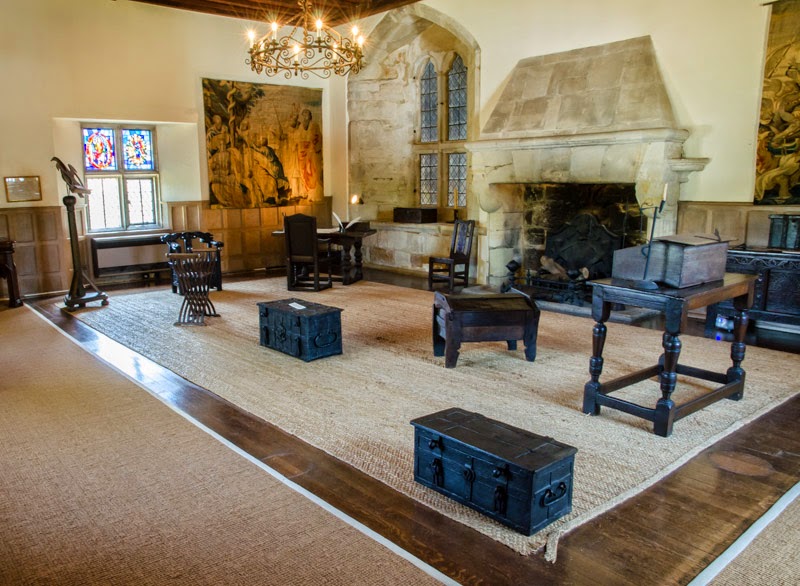 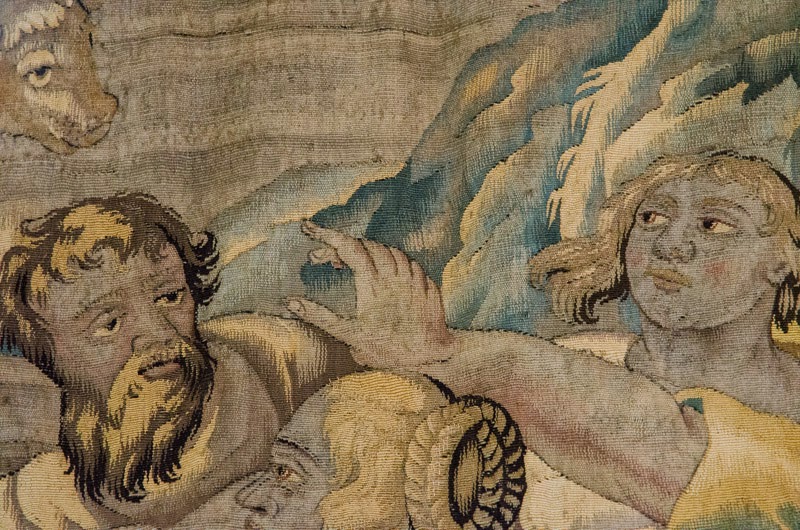 Allow me to take you for a quick spin around the grounds in the next post!