A jolly caper to the summit of Box Hill in Surrey was on the agenda for Sunday's outing. It was bequeathed to the National Trust in 1914 [they own 230 acres] by Leopold Salomons and it gets its name from the ancient box woodland on the west facing chalk slopes.

It's always busy up there and a popular spot with walkers and cyclists alike who all congregate at the cafe at the top. The riders seem to be able to ascend the very steep roads with indecent speed and it now enjoys a fantastic road surface following its inclusion in the 2012 Olympics road race. You may know from a previous post that I love a weather vane. When I saw this one I noticed the wheel but closer inspection once home revealed the saddle and the gears. I heartily approve! 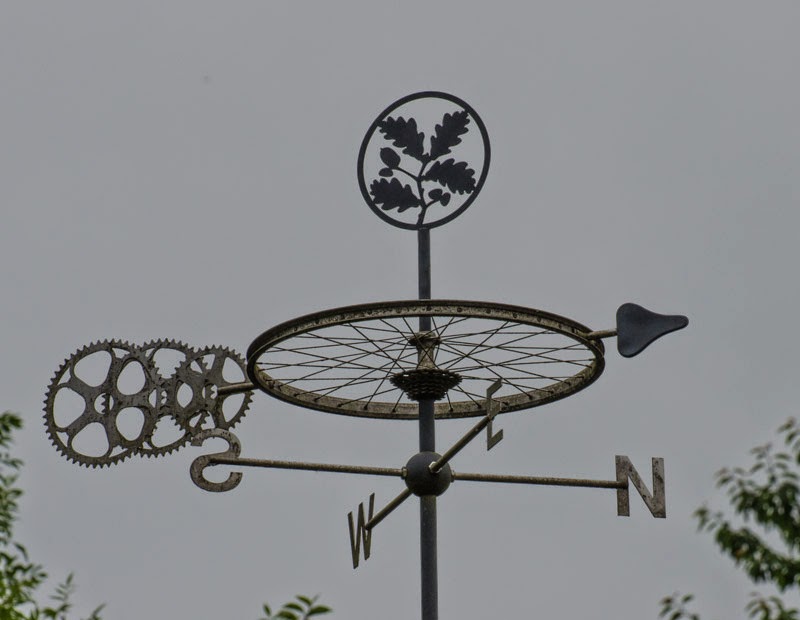 Whilst there Mr GBT and I took advantage of the short waymarked stroll to take in some of the sights. We passed by Peter Labilliere's grave which I've blogged about on a previous occasion http://gnatbottomedtowers.blogspot.co.uk/2013/11/labillieres-grave.html but I am rather thrilled to have seen the gravestone for myself. 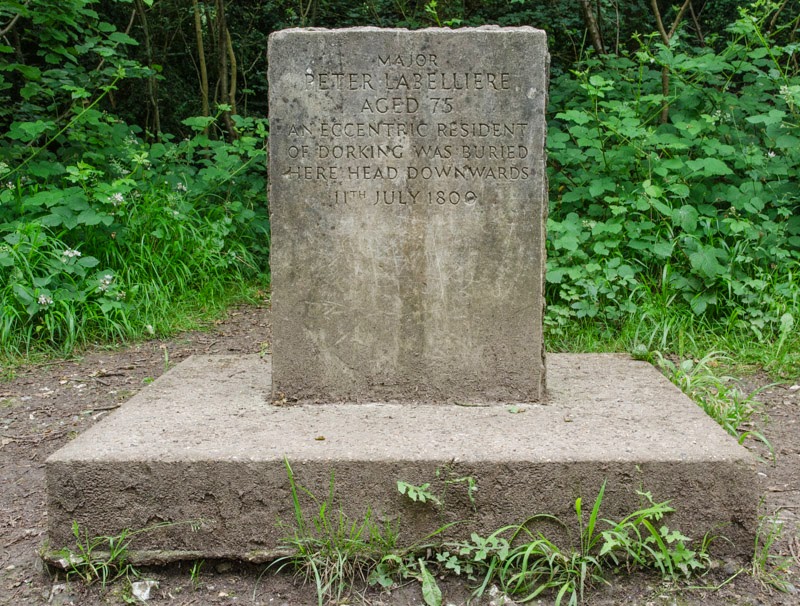 This tree trunk caught my attention...it reminds me rather of cascading water. 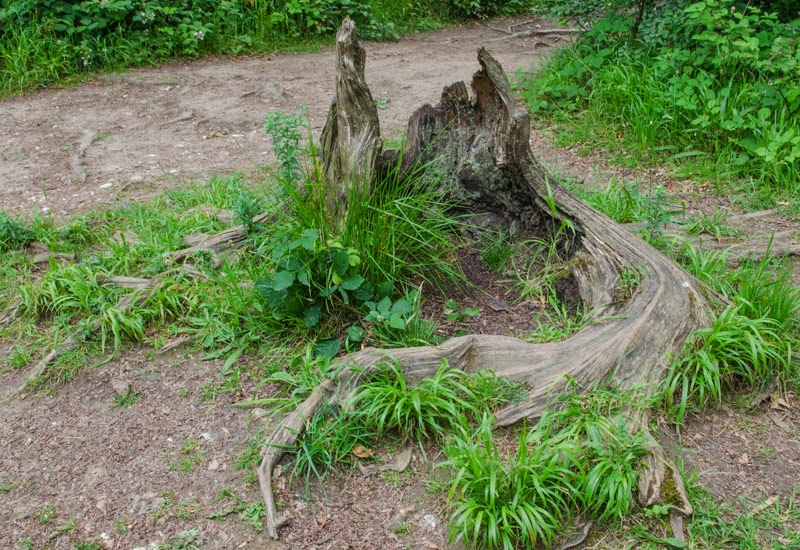 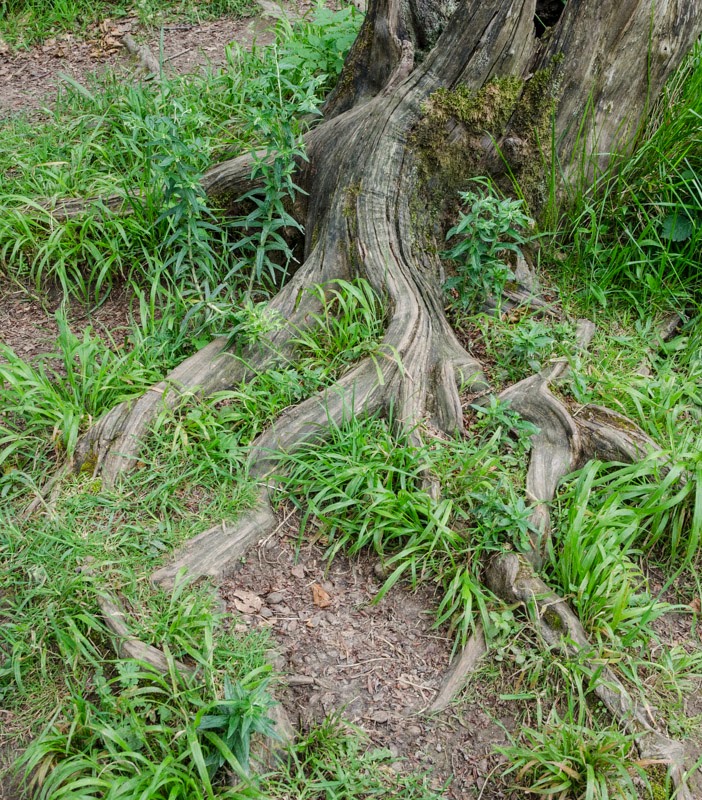 Our final stop was the Old Fort built in the late 1800s. It was originally known as a mobilisation centre and there were 13 built in total along a 72 mile stretch. At this period British forces were thinly spread across The Empire and it was believed that London was open to the very real possibility of invasion from her enemies. The solution was this London Defence System which was in effect a series of supply depots put in place to provide tools and ammo to the troops.

The fort itself was lit by candle lanterns which meant that the internal windows needed to be designed so that they couldn't be taken into the magazine where the gunpowder was stored. The ammo was kept in good condition by damp proofing and ventilation chimneys which controlled the temperature and humidity. To avoid a spark setting off an unwanted explosion the soldiers wore woollen slippers rather than boots on the stone floors.

Please don't panic I haven't suddenly gone all arty farty on you. I simply demanded [I am a diva like that] that Mr GBT reproduce the images in black and white to soften it a bit. Although of historical importance it's a concrete carbuncle with rusty shutters and graffiti daubed all over it. Worth a quick scan if you're there anyway though. 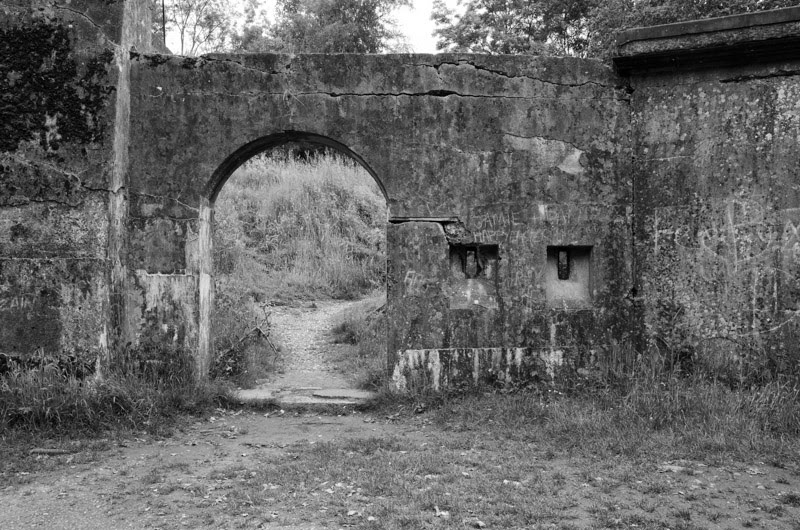 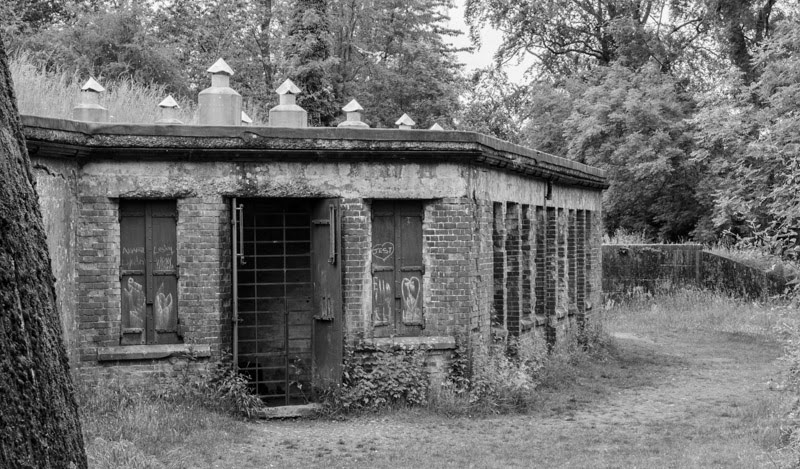 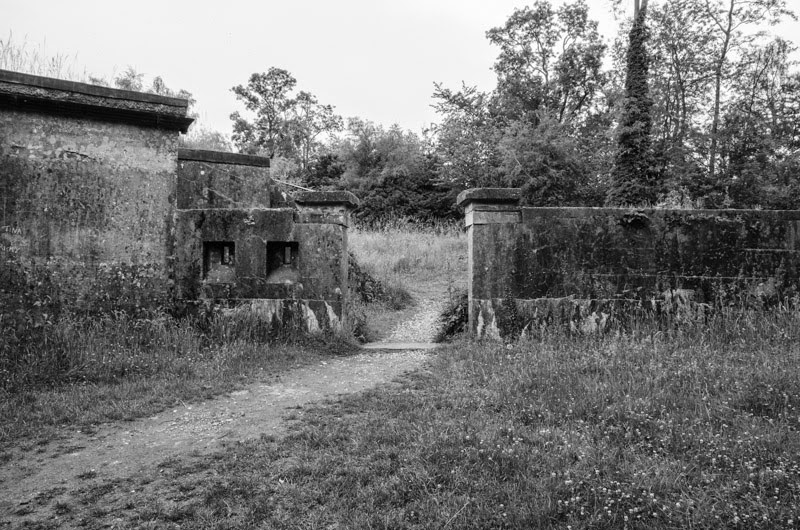