This was started in 1102 and amazingly today it remains remarkably intact. I am much more familiar with the haunting beauty of the bare boned ruins of the abbeys which met their demise at the hands of the hammer wielding Dissolution Bully Boys. Tewkesbury Abbey took a slightly different path which ensured its preservation for the locals protested that it was their local parish church and bought it from the Crown. It really struck me how magnificent the others must have looked in their heyday prior to being smashed to smithereens. 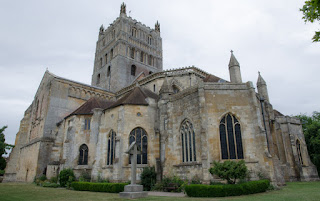 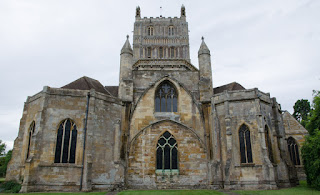 Now if the exterior was impressive I was in for a mighty great shock when I clapped eyes on the inside. Breath taking. Soaring columns with a vaulted roof high above me created an immense feeling of light and space. 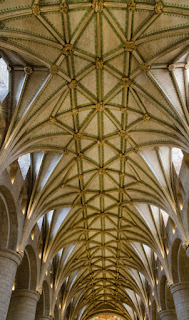 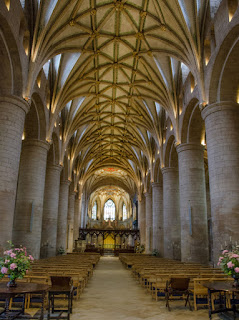 A close up of a couple of the rather splendid roof bosses. They're quite a long way up so tricky to see with the naked eye. 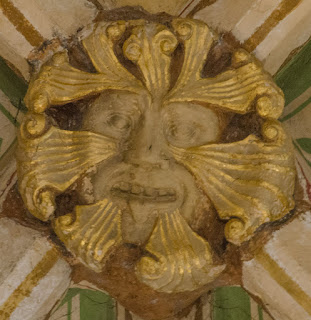 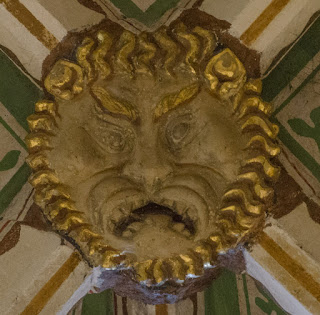 This is the Suns in Splendour- the Yorkist Suns- built after the Yorkist victory in 1471. 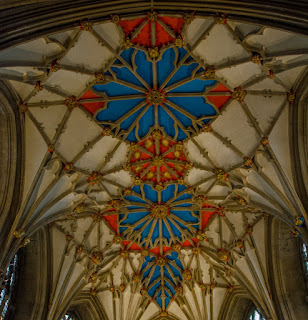 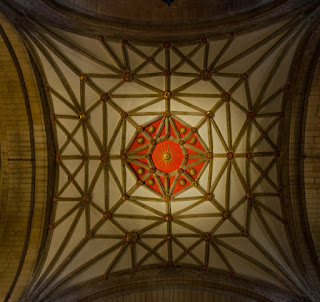 The Wakeman Cenotaph [Wakeman was the last abbot]. A rather gruesome affair I'm sure you'd agree and one that seems to have fallen by the way side fashion wise. I mean who could fail to see the appeal of being depicted as a rotting corpse in an open shroud whilst the likes of a snail, worm, mouse and frog heartily feast upon your entrails eh! Macabre yes but it still draws the eye. 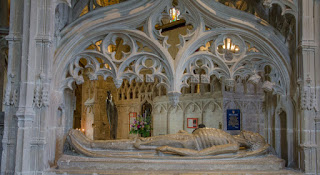 Detailing on the tomb of Richard Cheltenham [Abbot 1481-1509]. The image is of a scallop shell and a palmer crutch which shows that he had been on a pilgrimage. 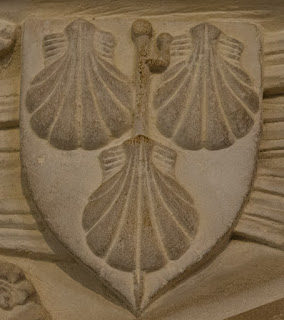 Yes the abbey has some incredible relics of the past but the modern sits happily along side. These windows were designed by Tom Denny in 2002. Called "To work is to pray" they were commissioned to mark the 900th anniversary and I just loved the quality of the light they cast. 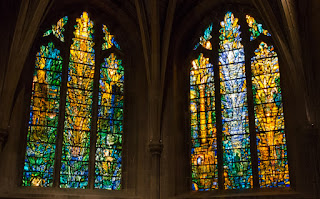 To be honest it was a bit of a whistle stop tour this time as we skedaddled round before I had to be back for my first stand so I fully intend to spend more time there next time and really look round more carefully as I'm quite sure I missed some gems. Regrettably all I can offer is a taster on this occasion.