The Ladies of the Vale.

Frankly I was foxed when my Dad sent me a text to ask me if I would be visiting "The Ladies of the Vale". Now I understand to what he was referring.... 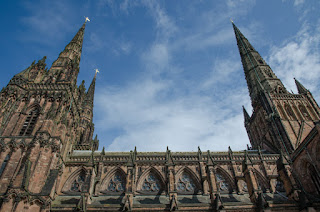 The three spires of Lichfield cathedral. We decided to take a pit stop here to break our journey home and besides I have a bun and caffeine addiction I need to feed! We didn't spend long in the city but I was very taken with what I saw so I think it would be rude not to revisit next time we're in the vicinity.

The cathedral is dedicated to St Chad and there is still a place for pilgrims to light a candle. However, his remains were transferred to Birmingham after the Reformation. This so called Lichfield Angel was discovered in 2003 when excavations were carried out within the building. It is a Saxon carving and is a rare survival. Originally it was painted in red, yellow, white and black with a gold halo and precious stones for eyes. The information board said that it had come from a limestone box and the theory goes that this might have been the one which housed Chad's relics. 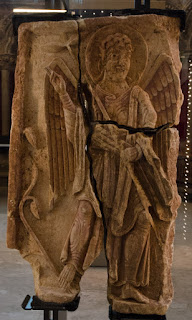 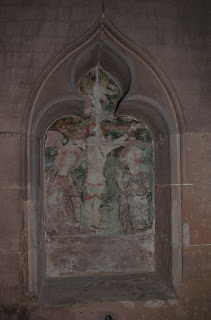 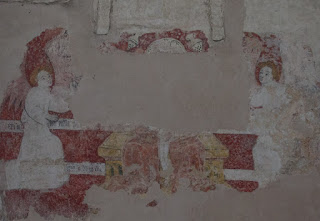 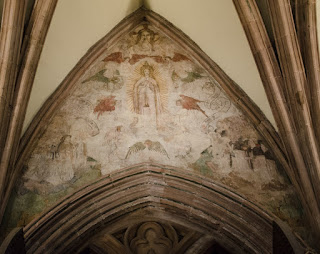 And this the Bishop's chair- indeed the cathedra from where the term cathedral is derived. The cathedral church I have just learnt was simply the building in which to house the Bishop's seat!

To round off more shots which made the nosey bone twitch as I was flying past in pursuit of the elusive cake!! Ne'er fear- it was mission accomplished. Believe you me you take your life in your hands if you stray across my path before I've slaked my thirst with the first coffee of the day!! 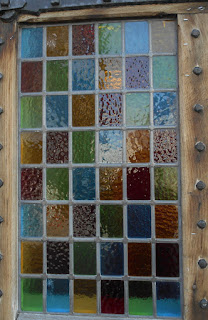 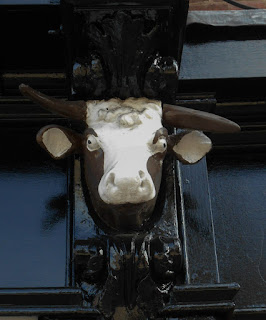 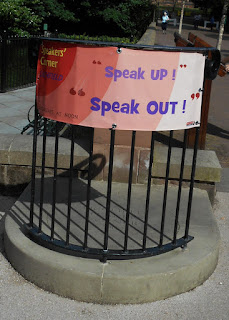 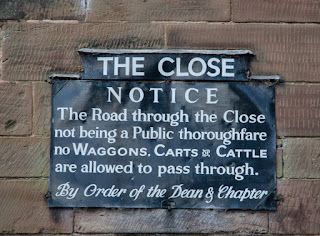 As promised this is the last smug holiday post. On to more recent doings as of now....Scout's honour!