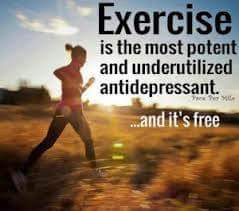 Being away on holiday, without the day to day distraction of everyday life and domestic trivia, not only gave me a much needed change of scene and pace but it also gave me thinking time. My anxiety by and large keeps my brain whirring and my physical self busy most of the time [or I'm conked out taking a much needed Nana nap] so it's a privilege I often deny myself. During the long drive up I was able to ponder various matters and the notes pane on my phone proved invaluable as I jotted down various musings before they disappeared into the ether.

There is no doubt that I have made progress these past few months since I have come off the old chuckle pills for the first time since 2009. Rescue Remedy has been my friend but even the need for that sort of crutch is dissipating. One of the decisions I had already reached prior to Orkney was to continue my gentle jogging as there is no doubt it helps me to keep the levels of adrenaline down and boost the serotonin. At one point I had decided to shelve the whole idea all together as I started to get caught up in all the hype around races but as I neared the 10k mark I gave myself permission to stop. I have no desire to run great long distances but just enough to keep me ticking over and keep my legs strong to help with the Morris stepping that's integral to our performances. I invested in some decent running shoes a few weeks ago so that I don't risk injury as I rely on the old bod to be able to earn my wonga as a housesparkling elf.

So as of this evening I've put a date in the diary for when I'd ideally like to be able to run a 5km Park Run again without stopping and set the timer on my phone for 10 minutes for a first trot out. Nothing is set in stone and I actually ran for longer than intended as I am still reasonably fit. Fear not I won't be dedicating endless posts to progress or otherwise- I simply intend to step outside my door and put one foot in front of the other. Simples. I honestly don't foresee me becoming a convert- if I was going to I think it would have happened by now....unlike another addiction of mine....erm did I ever mention that I'm a Morris Dancer?!! This is me at the weekend- I'm the one second in! 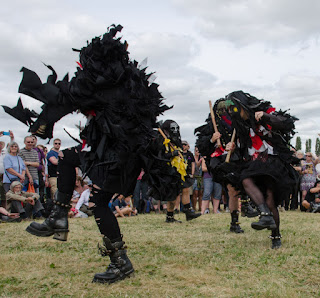