Our flying visit to Norwich last weekend was due to our son's Open Day at UEA. I'm certainly not a helicopter parent [one who hovers around their offspring] but the train journey has several changes and is a bit of a pain when you've got to meet a deadline. He's already been to Exeter and Sheffield on his tod. We dropped him off on the campus and spent a most enjoyable day mooching around. I've visited a couple of times before but not for a long time but it was good to be back. We lived just outside the city when I was very young as my Dad started his career working for Norwich Union and it seemed like a golden opportunity to while away a few hours. As for further education the teenager is still weighing up his options.... 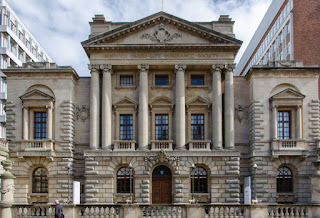 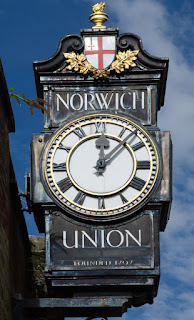 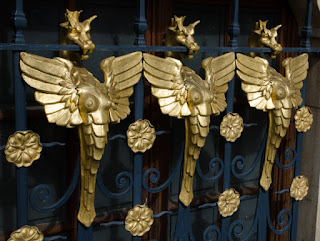 Norfolk has some beautiful flint [it's been used since Neolithic times at Grimes Graves] and this appears in the buildings in the city. The beautiful detailing is the upper part of St Ethelbert's Gate which stands at the entrance to Tombland near the cathedral. 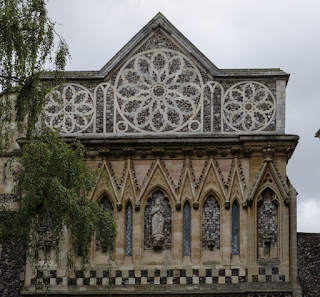 This is Jarrolds which is the only independent department store. It was established in 1823 and remained within the same family until it was sold in 2004. 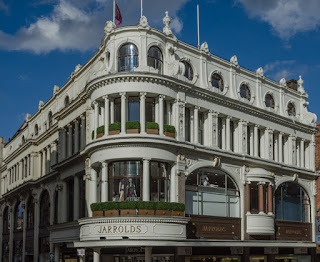 The permanent market. I am rather partial to the view that Mr GBT took across the roofs. They rather remind me of beach huts. 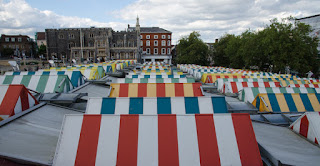 The beautiful Art Nouveau Royal Arcade designed by George Skipper and opened in 1899. This is where the famous Colman's Mustard shop is located. I adore this style of architecture but could have easily have missed this had we approached the shopping centre from the back as it's very unprepossessing. 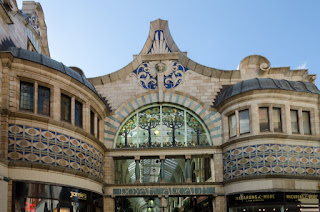 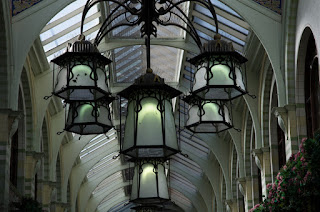 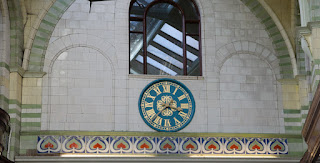 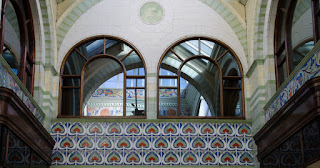 To round off these are just a few examples of the wonderful art work panels that adorn the walls of the subway near to where we stayed overnight. It was a welcome surprise as we ducked in to escape the drizzle! 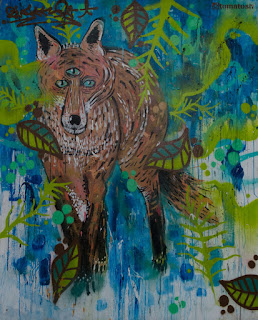 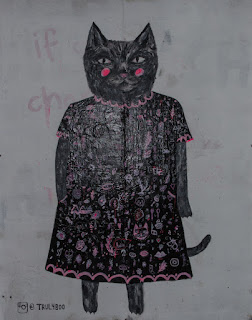 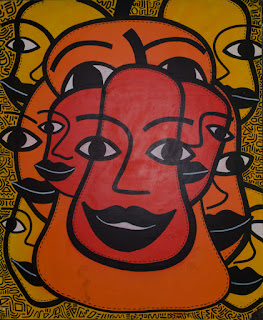 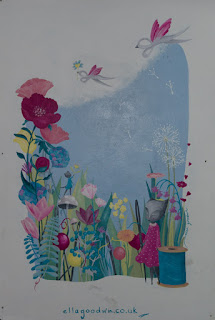 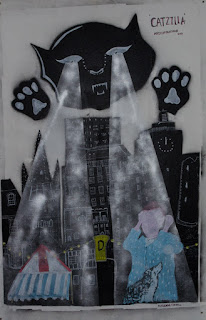 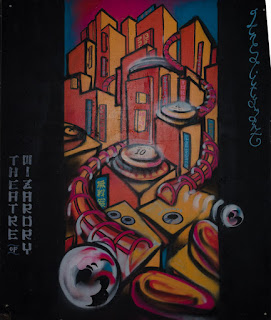 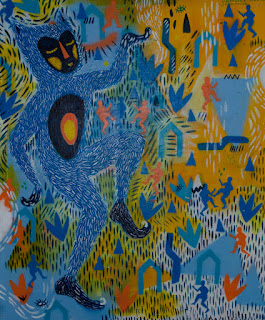 'Twas a most agreeable adventure.