As promised all the non Winnie the Pooh bits!

The Ashdown Forest was given to Robert, Count of Mortain after the Battle of Hastings by way of a reward by his half brother William the Conqueror. The name forest derives from the French foret meaning an area set aside for hunting. The locals had rights to graze their livestock on it and collect fuel and even today we still have Faggot Stack Corner on the B2188 [they've very informative things these 'ere information boards I find!]

We made a slight detour and stopped off on at the visitor centre to enable us to get our bearings and pick up any relevant info. I, of course, had my very own agenda which involved viewing the Mesolithic hut which was built in 2010. As they were essentially temporary structures and built of biodegradable materials a certain amount of conjecture has gone into its construction as only the post holes show up in archaeological digs. They can at least give the experts an idea of scale. Dotted around the house are various animal skulls mounted onto trees. I much prefer to see these than gruesome specimens with fur intact mounted on people's walls. 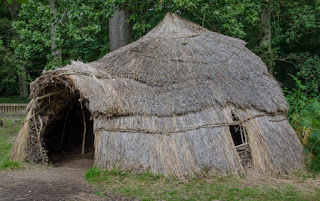 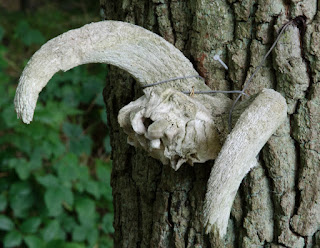 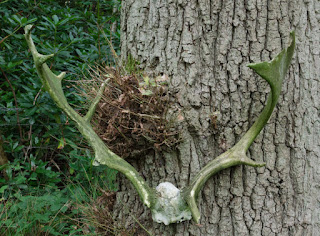 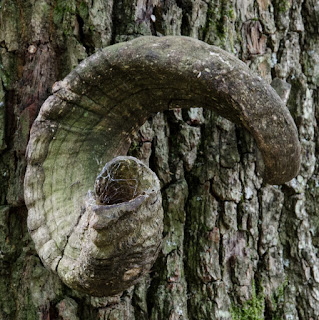 This rather large model rather amused me when I spotted him set up high on the wall above me. He has rather a wicked gleam in his eye. 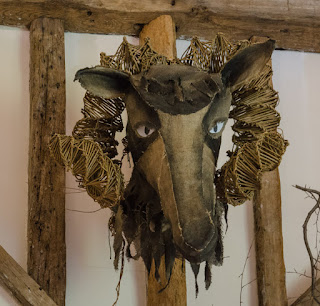 There are a couple of waymarked walks available to download. Aside from taking in the spots made famous by A A Milne my eagle eyed chum H spotted this which she called birch polypore. I gather it's also known as Bushcrafter's Razor Strop. 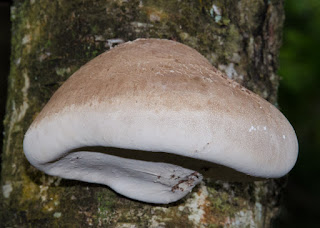 Exposed tree roots fascinate me. Perhaps you can see the face looking back at you. 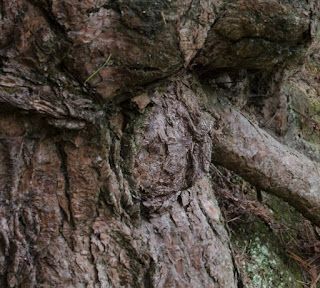 Finally, I'll finish with this conifer- the branch has been badly damaged but has continued to grow giving it an unusual twisting form. 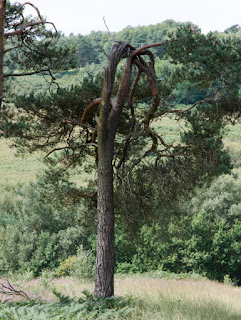