Smile You're On Camera!

There are many advantages to Mr GBT having a new camera and lens- one being that I can now appreciate the detail of things at a distance, often at height, that I simply can't get close enough to to satisfy my sticky beakedness. The first two grotesques which are on our local parish church are a case in point. He has also been able to take much clearer photos for me than previously of the manic grinning faces that are on the same building.

Like greenmen, grotesques and gargoyles is another area which fascinates me- I only wish I could talk to some of the stonemasons who carved them. I know that some of their carvings were designed as warnings again various deviant, immoral behaviours but some are quite unfathomable to the modern mind. Whilst some I think were designed with no more than a visual jokey appeal I strongly suspect some masons had a decidedly maverick streak which showed itself in their work- you may not have wanted to cross swords with particular individuals for fear that they may wreaked their revenge via the creation of  a less than favourable image of you for all to cackle at in perpetuity!! 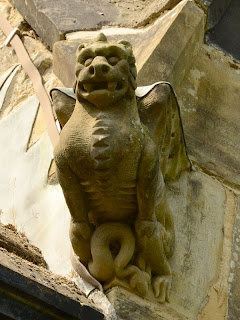 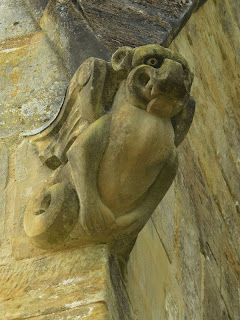 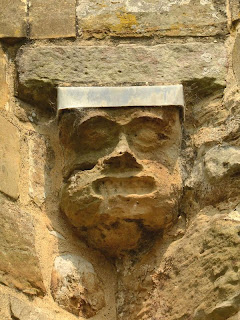 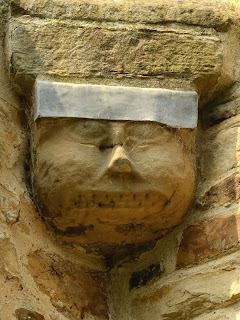 I pity anyone who visits here- I guarantee I shall be inflicting more upon you in the future.Ho Ho!